Natural disasters, fatal accidents, and violent criminal offences are part of everyday life. All of these may result in fatalities that shatter the lives of the victim’s families and friends. Their trauma is compounded by the fact that all unnatural deaths have to be investigated, and the bodies of the deceased positively identified before they can be released to the families for burial. Bodies of victims of violent crimes, fires, drowning, motor vehicle or aviation accidents, work place fatalities or situations where some time has elapsed since death may be so disfigured that “identification by a family member is neither possible or desirable”. Often the nature or degree of the injury may be so extensive that fingerprinting is also not a viable option. DNA analysis may be considered, however it takes time and is a costly procedure. There are also concerns with maintaining strict control over the chain of evidence during all additional procedures and tests. Thus, in these situations the forensic odontologist may be called in as part of the investigative team.

Acharya AB. Are a minimum number of concordant matches needed to establish identity in forensic odontology? J of Forensic odonto-stomatology. 2003; 21(1): 6-13

This work is licensed under a Creative Commons Attribution 4.0 International License.

Copyright for all articles is retained by the author/s of the individual articles.

Most read articles by the same author(s) 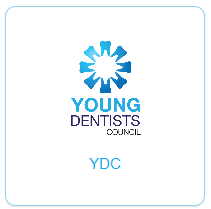